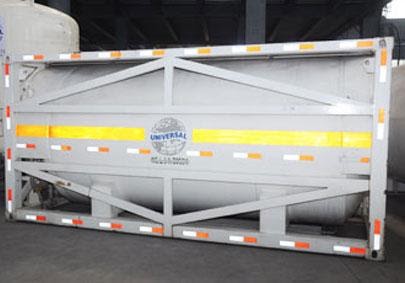 Hospitals and other organizations that use liquid nitrogen tanks might also find LN2 vehicles and LN2 freezers. Liquid N2 vehicles run on the combustion of liquid n2. Interesting enough, liquid N2 is considered a renewable source of energy. This vehicle might become common in future. Liquid nitrogen freezers are used in hospitals for the same purpose as LN2 tanks. It is very easy to retrieve contents from the freezer compared to the storage tanks because they have locks on them that are difficult to open & close but are needed during logistic transportation.

Liquid nitrogen storage tanks work by keeping the inside shielded from the surrounding heat. It is constructed with specialized materials that can withstand extreme temperatures and pressures. Installation at the customer’s site includes a vaporizer, with tank and pressure control manifold. The tanks are mostly manufactured and supplied in cylindrical or spherical shapes. They are powder- and vacuum-insulated in the annular space besides being designed as per ASME specifications. Extreme caution is advised while handling liquid nitrogen. Contact with skin can cause frostbite so one must follow safety instructions while working with liquid nitrogen.

There are many benefits of using cryogenic storage. First of all, it must be noted that nitrogen is mostly used as a gas notwithstanding its various liquid applications. Even when N2 is used mainly in gaseous applications there must be a solid reason so many businesses opt for liquids storage instead of gaseous storage. Gaseous nitrogen is difficult to store and transport because of risk of leakages even though it doesn’t pose dangers of fires or other hazards like high pressure oxygen. Still, a great deal of nitrogen will be lost during transportation which will ultimately eat into the profits of the business.

Use of LINIT storage is driven by economic and logistical considerations. Getting nitrogen supply through cylinders is fraught with numerous problems. You might be aware that nitrogen cylinder prices keep on fluctuating proving cumbersome to account for in your budget. Opting for cryogenic storage in bulk will be easy to budget and is economical because of lesser leakage. All big gas companies like Linde & Air Products use liquid storage for the same reasons. Businesses using captive N2 plants (Nitrogen Plant Manufacturers) also use this type of storage.

Liquid N2 storage is done with specialized equipment with handling requiring expertise. There are numerous dangers of exposure to LN2. On being exposed to heating LN2 generates gaseous nitrogen that is known for displacing oxygen which results in oxygen deficiency, also known to cause asphyxia. It leads to all kinds of acute health problems. The paucity of oxygen is known for inducing deterioration of physical and intellectual capabilities. For protection against exposure to liquid nitrogen, it is recommended that one wears protective clothing. It is imperative that your entire skin is covered in order to stay safe while working with cryogenic nitrogen.

Because it has a propensity for quick boiling, there is a quick change of state from liquid to gas which brings about a great deal of pressure, which is potentially hazardous. There is great danger of LN2’s catching fire or exploding if storage is completely blocked. When a substantial amount of nitrogen is introduced in the air it decreases the percentage of oxygen leading to asphyxiation. LN2 being heavier than air the risk is much more at the ground level requiring a well-aired area.

Frostbite or cold burns are the most common health risks when you are exposed to cryogenic nitrogen. The exposure might Just well result in breathlessness and asthma attacks.

Pressure buildup can result in explosions

Vaporization of LN2 due to its large expansion ratio within a closed container or space will cause pressure build up that finds release in explosions and sudden fire.

First-aid in case of leakage

It is imperative that if there is leakage of nitrogen in a factory or an enclosure that you do not enter an oxygen-deprived environment for rescue. Call for emergency services. 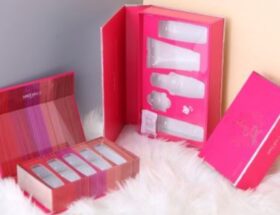